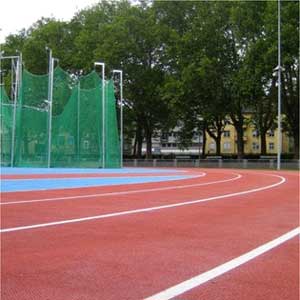 As I mentioned in my previous post, my own training has often favoured quantity over quality.  I felt like the more I ran the better runner I would become, provided I did not become injured or burnt out through overtraining.  This got me down to a predicted marathon time of 3 hours 4 minutes (using the lactate test method), so it can't have been too bad, but I spent a lot of my free time running and often struggled to recover between workouts.

At the end of my first week of coaching under Jeff Grant, I can see that he is focussing much more on quality, at least at this early stage in my training plan.  Last week I only ran 45km, but each session was a quality workout and there were no "junk miles".

I trained 6 days last week.  I ran on Monday, Tuesday, Wednesday, Friday, Sunday and did strength training on Monday (CrossFit foundation course), Thursday (CrossFit) and Friday (Pilates).  Saturday was my only rest day.  So the program is pretty intense.  As each session was fairly short though, I was able to recover rather quickly.

Monday started out with a 3km time trail, a benchmark test that will be repeated in 6 weeks time to see whether there has been some improvement.  I did that on a gravel path next to UBS completed it in 12 minutes and 3 seconds.  Later that evening I travelled to Richterswil to do the CrossFit foundation course with Jeff.  Whilst the bulk of the 2.5 hours was spent listening to instruction on proper lifting form, we also did some actual lifts and floor exercises, so it qualifies as a workout in itself.

Tuesday was the killer fartlek intervals run, that I mentioned in my last post.  51 minutes of running, incorporating 2 long intervals (5 to 7 mins), 2 medium intervals (3 to 5 mins), 4 short intervals (20 sec to 3 mins), 2 high skipping intervals and 2 short sprint bursts (5 to 20 secs).  It has been a long time since I worked that hard in a single session.

Wednesday evening was Jeff's regular running class at Saalsporthalle.  We repeated the mental training with colours exercise, and ran barefoot laps on the sawdust Finnenbahn.  I focussed on good running form, and challenged myself on each lap, but I did not overdo it as I have done on previous Finnenbahn sessions.

Thursday evening after work I attended my first CrossFit lesson with CrossFit Zurich in Glattbrugg.  The gym is conveniently situated 1 minutes walk away from where I work.  One part of the gym is devoted to CrossFit and the rest is used for martial arts training.  The building itself is a large shack, and it feels like back to basics Rocky Balboa style training, especially with all those people sparring and pad training around you.  It is pretty cool I have to say.

We started by warming up on the Concept 2 with a 500m row, followed by some windmill stretches, medicine ball cleans, bent over rows and plank holds.  Then we moved onto the WOD or workout of the day.  This involved doing 6 sets of 3 bent over power rows with a weighted barbell, followed by 3 rounds for time of: 800m run, 20 overhead squats with a weighted barbell.  I found that the overhead squats really challenged the mobility of my shoulders, and they should actually help to open them up over time.  The majority of people in the class were heavily muscled.  There were only 2 of us in the class that looked like runners, and this showed in the 800m runs.  The instructor himself though was a good example of the fact that you can be incredibly strong yet lean.

Friday lunchtime was hill training.  After an initial warmup I was meant to do 5 times 3 minutes of uphill running, with 2 minutes rest in between each interval.  I tried my best to find the steepest longest hill in the Opfikon forest, but unfortunately there was no hill quite long enough.  The best hill I found was only 1 minute 30 long.  Nevertheless I did my 5 repeats on that hill, then did one extra repeat on another hill nearby.  Friday night I had my Pilates class.

Saturday was a well needed rest day, and I felt like I had earned it.  My shins were slightly sore, not really full blown shin splints, but not that comfortable either and the right Achilles was ever so slightly tender.  My body needed a chance to repair.

I woke up on Sunday feeling fine again, and did the planned 2 hour long run.  Jeff wanted it to be as much trail as possible, so I chose to run at the bottom of the Uetliberg.  Every 15 minutes I had to run one minute hard (just over tempo pace) and I also had to run the last 5 minutes really hard as though I was pushing for a good time at the end of a race.  Running the last part of a long run hard seems to be a commonly used training technique nowadays, teaching your body to recruit extra muscle fibres when it is already in a pre fatigued state.

I found some nice new paths on the Uetliberg, and without realising it I covered 404 vertical metres.  Some of the running was on nicely prepared gravel paths and Finnenbahn, and other parts were on rocky, muddy trails.  It was a good mix of terrain.

The plan continues today, with 10 x 30 second intervals, which I will do at lunchtime.  I will keep you posted on my progress.  So far so good though, and I am starting to feel stronger and quicker on my feet already.